You are here: Home / Company

Who We Are: Overview

Ipoletse Drilling and Exploration (PTY) Ltd was established in Gaborone in 1988 with Kevin Boyle and three Motswana Partners. In 1994, the partners decided to resign from the company. With their blessing, Ipoletse Drilling (PTY) Ltd was resurrected. During this time, Ipoletse Drilling did mostly Water Affairs projects throughout Botswana. We have also drilled boreholes for schools, the farming community and the likes of Mokolodi Game Reserve. We have done various soil sampling and Geotechnical drilling for contractors eg: The Ministry of Health complex.

What We Have Do: Portfolio & Work

We are ‘friends of Mokolodi’ and have corporate membership. We drilled a successful borehole for Mokolodi Game Park at cost and contributed a borehole to the school for the Deaf and Blind in Francistown. As founder member of the Borehole Water Association in South Africa, we brought a booklet; “know your own borehole”, to the Borehole Association of Botswana as founding members. The association had it translated into Setswana for the use of the local farming community and the people of Botswana at large. This little booklet is a fountain of knowledge as far as managing boreholes go. Ipoletse Drilling is also willing to try and rehabilitate boreholes that were drilled many years ago. This is a potential saving for the farmer. 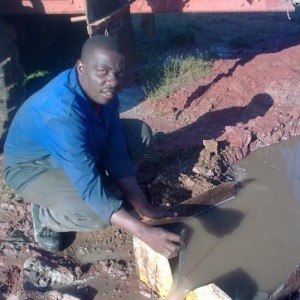 During our years in operation and currently, we have done on site training for numerous drillers who are now employed by other companies. We have also trained heavy duty drivers who are also now employed in other sectors of the community.

Ipoletse Drilling is currently run and managed by Mr. Kevin Boyle’s daughter, Owner and Financial/ Managing director, Mrs. Kim Du Toit and his son-in-law, Mr. Lambertus N Du Toit who are involved in the day to day running, maintenance and Pump Installations for Ipoletse Drilling. We have a full complement of Motswana staff totaling 10 permanent staff members and a number of casual labourers as required by the job at hand and often sourced locally at the drill site.

Ipoletse Drilling has contributed to HIV/AIDS in the form of monetary contributions, materials and have cared for families of our employees who are left destitute by the death of the sole provider. We are a wildlife conscious company, and have drilled at diesel spills to determine the contamination and impact on the environment and we were involved in the integrated clean up of the spillage. We have been involved in finding water for the Trans Kalahari Corridor, Boteti-Rakops Road, Bonapitse- Kalamari Road, just to name a few. We have advised the Kalahari Conservation Society on drilling programmes and how best to implement them.

APPRECIATION FOR THE PARTNERSHIP WITH OFFICE OF THE PRESIDENT

On behalf of Office of The President, we would like to thank you for the sacrifice you have made by[...]

Goodbye daddy, you will always be in our hearts You were the grace that placed itself in the lives [...]

The water-powered drilling technology is today often more optimal and economical than other dr[...]